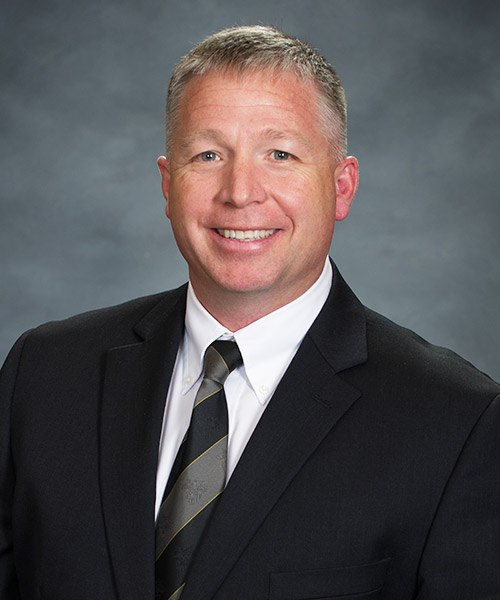 Dr. Bojescul has particular interest and expertise in the treatment of a variety of orthopedic conditions and performs several orthopedic procedures including:

Dr. John Bojescul received his Bachelor of Science degree from the United States Military Academy at West Point in 1992 and was commissioned an Officer in the United States Army. He is a graduate of the Uniformed Services University of the Health Sciences (America's Medical School) in Bethesda, Maryland in 1996. He completed his internship and residency in orthopedic surgery at Walter Reed Army Medical Center, Washington DC in 2004 and also completed a combined Sports Medicine Fellowship at West Point, NY and the Hospital for Special Surgery, NY in 2009. After having served over 24 years in the military he retired from Dwight David Eisenhower Army Medical Center (DDEAMC) Fort Gordon, GA in 2016.  While in the Army, he attained the rank of Colonel and had many challenging assignments: DISCOM Surgeon 10th MTN Division, Orthopedic Surgery Consultant for the 75th Ranger Regiment/3rd Ranger Battalion, Chairman, Department of Orthopedics DDEAMC and the Deputy Commander for Clinical Services (CMO) DDEAMC. He deployed twice to Afghanistan (Salerno, Herat). His wartime experience, Division I (FBS) Football Assistant Team Physician (Army West Point) and many years of service to our warrior-athletes have afforded him the ability to treat complex orthopedic conditions.  Dr. Bojescul is an Associate Professor of surgery for the Uniformed Services University of the Health Sciences. He has multiple peer-reviewed publications and national presentations in all subspecialties of orthopedic surgery.

John and Michelle Bojescul have been married since 1993. They have a daughter, Jennifer, who attends USC Aiken studying Exercise Science.

*           Chairman, Department of Orthopedics, Neurosciences and Rehabilitation at DDEAMC